After a declining US $42 Friday at US $1764, on Sunday approximately 24,000 gold futures contracts with a notional value of approximately US $4 billion were sold in what was predictably a very thin market, filling every bid down to US $1677 and, in doing so, gold’s price reached last March and April’s double bottom before rebounding US $76 to $1753.  The decline does nothing to change gold’s long term bullish technical picture and may mark the final move of the metal’s to date, 3-month long correction.  Gold stock investors should view it as a chance to accumulate shares as weak holders are shaken out.  History shows that when the market does turn, gold stocks often gap suddenly higher eliminating any opportunity to accumulate their shares.

Friday’s very strong employment report is due mainly to the effects of America’s Fiscal impulse still being felt beginning with  US $600 cheques to most Americans last December, followed by another US $1400 in March, together with supplemental UI payments and a moratorium on evictions calculated to protect approximately 25 million renters as components of the US $2.3 trillion CARES stimulus package.

Most of the effect of this fiscal stimulus is about to wear off meaning a slowing economy and, as the fiscal impulse turns negative, it should mean no change for the current FED policy after all.

But Inflation is Accelerating

Though the US economy looks set to slow, the opposite is true for inflation.  Because of poor growing conditions, the cost of food globally is up by a third since July 2020.  Reuters reports Tyson Foods Chief Executive, Donnie King, saying “Costs are hitting us faster than we can get pricing at this point.   We’ve seen unprecedented and accelerating inflation and we’re trying to catch up with that.”  Tyson has already increased its average price for pork by 39.3% in the last quarter, while it raised beef and chicken prices by 11.6% and 15.6%, respectively, and expects its increased prices for branded foods this September 5th.

Ben Hunt, the creator of Epsilon Theory, a financial newsletter devoted to seeing capital markets through the lenses of game-theory, which is read by over 100,000 professional investors globally, writes in “Wage Inflation isn’t coming its already here” that over the past four quarters the US has experienced more wage inflation than at any point in the past 40 years, with the latest Q1 2021 print, clocking in at 7.7%.  He adds that month-over-month wage increases THIS spring are running at more than 10% annualized. 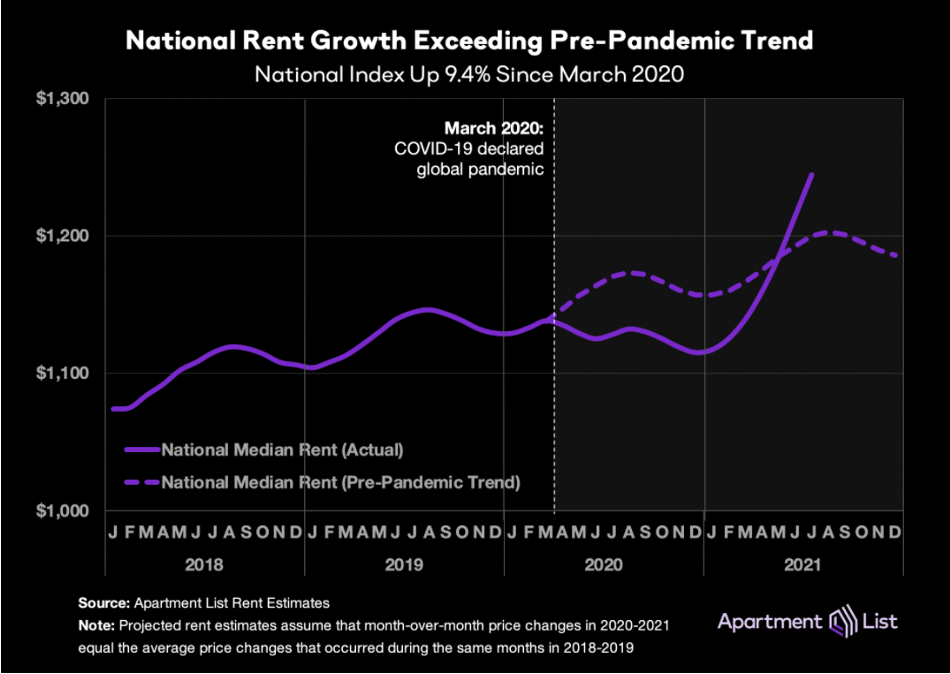 At first glance, it seems a contradiction to read that the US has 8.7 million unemployed, and a further 6.5 million not in the labor force, but wanting a job, while at the same time it is experiencing labor shortages.  The Richmond Federal Reserve’s most recent Macro Minute gives some insight as to why it is not.  It reports that a National Federation of Independent Business‘s monthly Small Business Survey shows “56 percent of small businesses reported few or no qualified applicants for job openings in June, just one percentage point off the all-time high reached the prior month.  And the Richmond Fed’s Survey of Manufacturing Activity reports that the share of firms facing a decline in qualified labor was 34 percentage points higher than the share of firms having an easier time finding workers.”

Elevated COVID risks for older workers may be another reason for the worker shortage.  Because of these risks, many are opting to retire which in turn further reduces the pool of qualified workers.  According to a PEW report, the number of baby boomers retiring increased by 3.2 million to 28.6 million in Q3 2020, double the rate of increase in the previous year.  Goldman Sachs attributes around a quarter of the participation rate decline to people retiring.

Another little discussed potential source of labor pool shrinkage, and corresponding increased government health care and disability costs, is directly related to the ongoing COVID pandemic.  A report in Scientific American titled “A Tsunami of Disability is Coming as a Result of Long Covid” by Claire Pomeroy, an infectious disease specialist and researcher, and President of the Lasker Foundation warns that of the 34 million Americans that have contracted COVID and “greater than one in four” experience long term symptoms, many of which qualify for disability benefits according to the US Department of Health and Human Services.  The effects are just beginning to be felt and potentially exacerbate the labor shortage, as COVID-impaired workers leaving the work force, reduce the pool of available labor and  add to upward wage pressures.

At the same time, as the chart shows, nationwide rent increases will soon be reflected in the CPI.  Shelter is a large part of the CPI calculation and a homeowner’s equivalent rent of primary residence (OER) and rent of primary residence (Rent) are used to calculate the cost of primary residences.  Rents are spiking, for those still paying rent, and the increased rental costs will be factored in to reflect their latest rise.  The OER and Rent indexes comprise 24.433 percent and 5.957 percent, respectively, of the CPI market basket, so it’s a significant amount and it should have a correspondingly significant effect.

Southeast Asia has been a source of low-cost products to the developed world since the early 1990s.  Until now, the region’s countries had been spared by the Covid pandemic.  This is not longer the case.  For example Vietnam is the latest casualty as a record COVID surge has resulted in more than 30% of the country’s textile factories being closed.  Add in Japan, Korea and China and the outlook is more troubling.   Goldman Sachs warns that US imports just under 20% of its automobiles from the Asia Pacific region which, given the COVID resurgence, is now under threat.  Thailand has Toyota Motors’ third largest overseas manufacturing center and it has halted all operations there.  Renewed lockdowns in China are also threatening global supplies of everything from plastics to semiconductors.  At the same time material costs are going up.  In China, the Producer Price Index jumped 9% year on year in July, a rise which is bound to eventually be reflected in US import costs.  Skyrocketing container shipping rates add further to inflation pressures.  For example, in 2019 the cost of a container from Shanghai to Los Angeles was less than US $2,000, now it exceeds US $10,000. 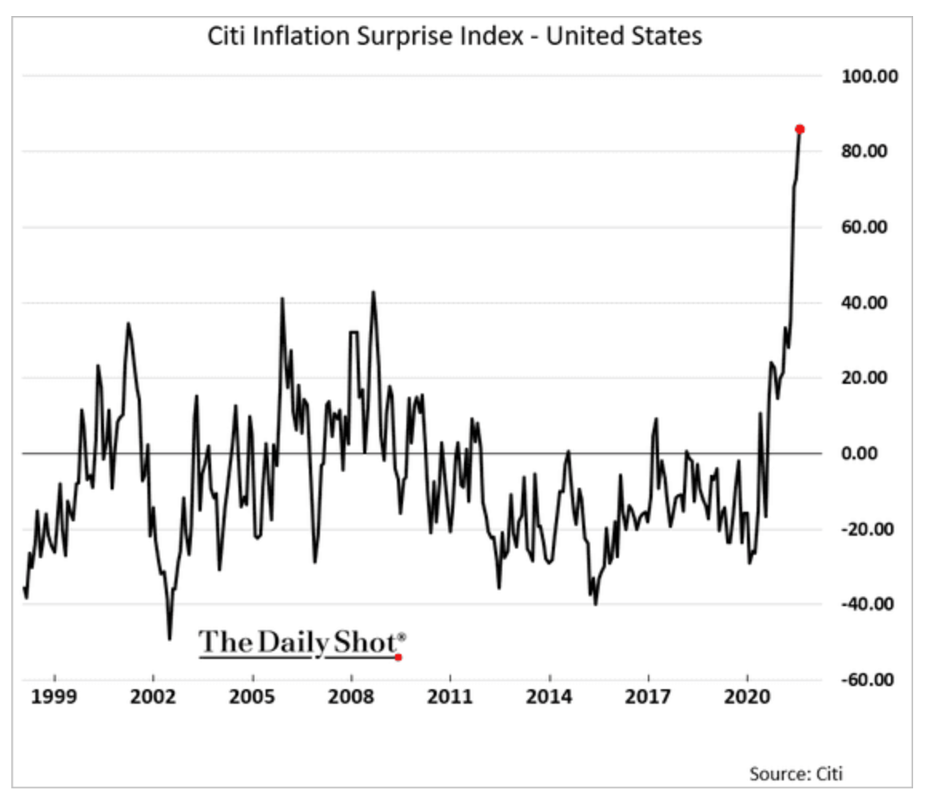 In an article titled “Is the US approaching a stagflation surprise?”, Citibank raised the possibility of Stagflation, a condition where an economy stagnates while experiencing inflation.  Citibank’s US Economic Surprise Index (ESI) is currently in negative territory, while its US Inflation Surprise Index (ISI) “just reached its highest level ever”.  The recent jobs’ report may have improved the growth outlook, but as the government stimulus wears off, it is unlikely to last.  In contrast, the inflation pressure will continue as it is not the result of too much demand, but instead, it is principally from a lack of supply.  America’s oil patch is a similar story – once a major success story, its shale boom is over.  Sources deep in the America’s oil patch call it a disaster, with a dearth of quality locations to drill and a shrinking inventory of proven but uncompleted wells, unable to replace the sector’s breathtaking oil well production decline rates.  Yet another source of ‘cost push’ inflation.

Once a stalling, highly leveraged and massively indebted US economy becomes apparent, just as  inflation continues to accelerate, the Fed’s hands will be tied, QE will continue,  and real yields will continue lower (negative) for longer.   How much more?  Considering  real yields are already at 1970’s levels the next record lows  are 1948 – 1951’s minus 7% followed by 1945’s sub 15%.    With the world awash in debt and even the smallest interest rate rise putting markets and economies into a tailspin,  it is hard to expect much more than talk from the    ECB, FED or BOJ as they attempt to ease inflation expectations in the months ahead.  More important to investors using the current weakness to accumulate gold producers, as inflation continues to increase and real yields go more deeply negative, gold should resume its bull market and gold stocks will soar. 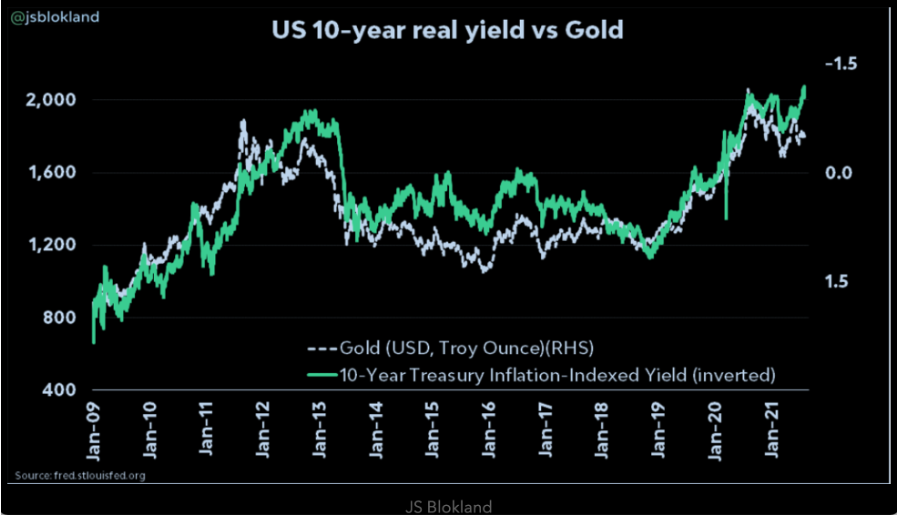 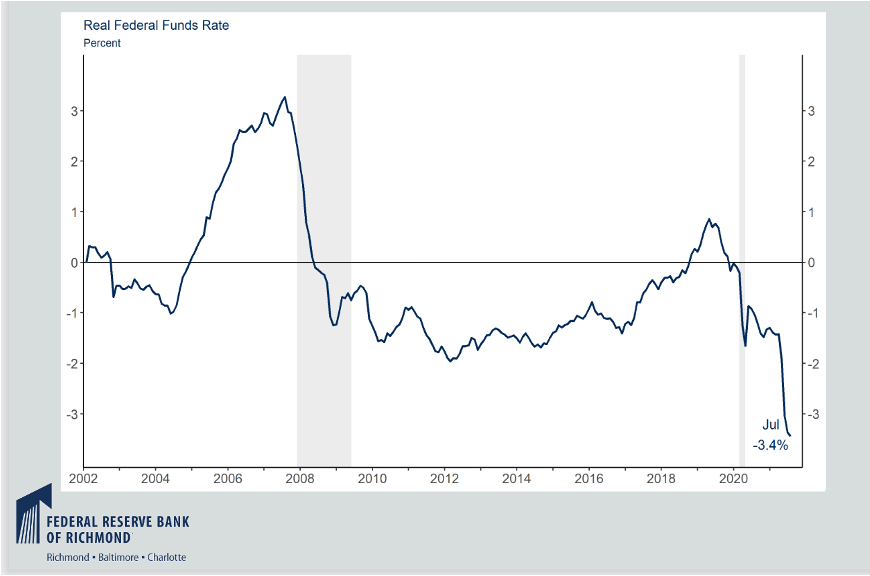 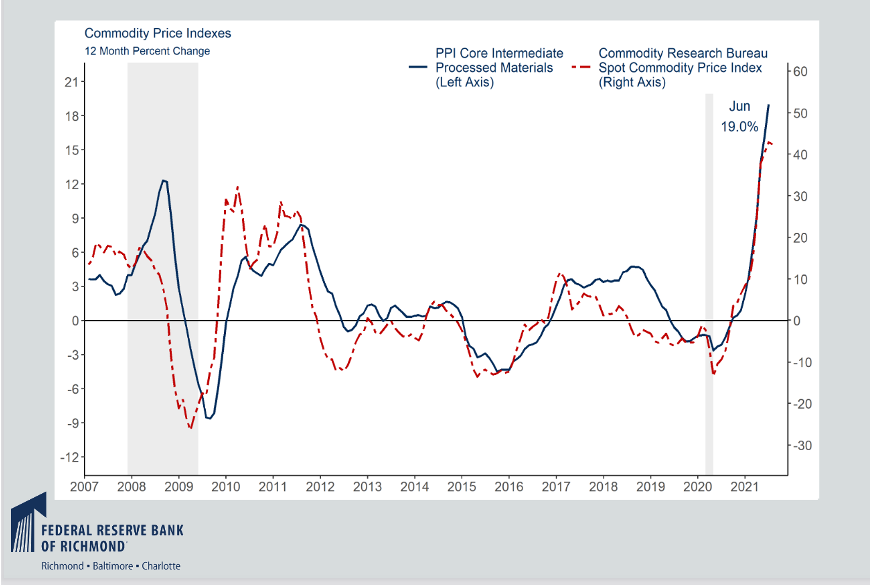 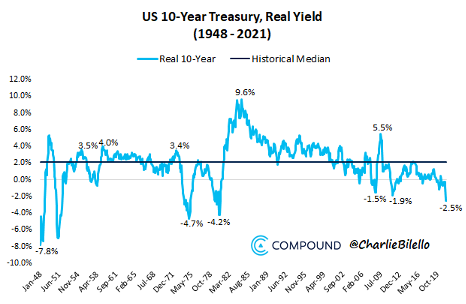 “This blog is authored by Neil Maedel, a director at

Gold, The US Dollar, Inflation and the recent global rise in Government Bond Yields

Tuesday March 2nd, 2021 by Neil Maedel The probability is

Written by: Jorge Diaz & Mel Herdrick Over the past

The pandemic is rolling around the world like a hurricane, leaving devastated economies in its wake.

Written by Neil Maedel, Mountains of debt and the leverage