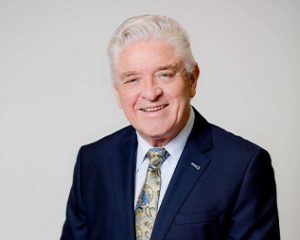 John Michael Darch began his career as a commercial banker with NatWest in the UK and the Royal Bank in Canada. From 1983 to 2006, he co-founded five resource focused public companies and one geothermal company. As co-founder, he was responsible for the financial structuring of these start-up companies and any subsequent asset acquisitions. During the ensuing 23 years as part of his principal role, he raised more than US $300 million to fund their activities. Among his more notable start-ups is Crew Gold (formerly Crew Development) which through various acquisitions owned mines and deposits under development in a variety of minerals, including gold, copper, antimony, coal, zinc, fluorspar and cobalt. Under his direction, Crew acquired control of the Johannesburg and London Stock Exchange listed Metorex Development which owned and operated six mines and two development projects in Africa. Under his direction, Crew also acquired and developed Greenland’s first gold mine and developed to pre-feasibility a major nickel-cobalt laterite deposit in Mindoro, Philippines. Through Metorex Darch spearheaded the acquisition, development and operation of the Chibuluma Copper Mine in Zambia. Darch’s stewardship of Crew ended in 2001 when dissident Norway-based Institutional Shareholders, who wished to divest the company’s principle African interests, emerged victorious in a fight for control of the company. Their first move was to begin selling, ultimately all of, Crew’s interest in Metorex. The first 21% was sold for US $15.5 million, according to Crew’s 2002 annual report. Several years later, 100% of Metorex was acquired for US $1.3 billion. During the same period, Darch co-founded Thailand focused Asia Pacific Resources, which discovered and developed to feasibility one of the world’s richest potash deposits. The feasibility estimated a production rate of 2,000,000 tonnes annually over a project life of 23 years and a CAPEX of USD $505 million. The company was subsequently acquired by Italian-Thai Development PLC, one of SE Asia’s largest construction and development conglomerates. Other companies he cofounded are Nevada Goldfields (gold, USA), Botswana Diamondfields (diamonds, Botswana & South Africa) and South Crofty Holdings (an effort in the 1990’s to keep the last tin mine in Cornwall, UK from closing) and Western GeoPower (geothermal development, Canada & California USA). After 23 years leading the acquisition, finance and development of major mineral deposits and mines globally beginning in 2006, John Darch spent the next 10 years, and US $5 million personally, transforming an impoverished hill tribe in northern Thailand into a thriving community. He did this by acting as the principal backer and incubator of a struggling coffee cooperative, owned by the Doi Chaang village, setting up a coffee growing and roasting school, a medical clinic and an international marketing and distribution channel, while paying a substantial premium for the by then high-quality coffee the cooperative began producing. Called Doi Chaang Coffee, it is now an internationally recognized and award-winning producer of premium coffee. Together with John Darch, it has been the subject of a book and documentary, entitled Beyond Fair Trade, and extensive local and international media coverage. In late 2018, Darch re-started his mine finance and development activities based on his expectation that gold was beginning a major bull market. He did this by acquiring a significant stake in Sonoro Gold Corp., formerly called Sonoro Metals Corp., and becoming its Chairman. As with his previous companies, Sonoro has a flagship project whose development is being fast tracked in order to provide a revenue and growth base for the company.